My Experience Immediately After ETERNITY Lesson 4
But What if They Hate Me?

1st THE COMMAND
In a private session with Lady Master Natasha, she advised discovering the different ways we have died to prevent ourself from repeating them. As we have been taught in the 2nd Grand Secret of Spiritual Mysteries, the first step is to COMMAND, so for myself, I commanded, “I become aware of the ways I have passed from life through the change called death.” Then I awaited experiences that would teach me the answers I sought.

2nd THE EXPERIENCE
Who knew an answer would come in my first time of trapping, spaying/neutering feral cats? Four months of planning led me to a successful first time effort….a male and a female…each safely and comfortably recuperating in palatial conditions in our garage on the night of Lesson 4 of Eternity. I checked on them every 45 minutes until it was time for the session to begin, after which I planned to check on them until midnight or so. Instead, for the first time ever after an LMN session, I literally collapsed. I laid my head upon the table and was unable move. 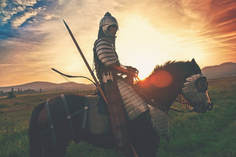 Everything around me disappeared until I finally managed to creep into my nearby bed where I proceeded to have nightmares about cut off body parts, crying cats, slave traders, the inquisition, conquistadors, and all kinds of cruelties that had been perpetrated upon humanity and the animal kingdom.

At 5:30 a.m. I awoke, miserable and eager to release the cats after the surgery recuperation command: ‘keep them overnight’. When I saw the disorder of the inside of the traps, the feeling of ‘Oh no, what have I done?’ overwhelmed me and I started crying at what I imagined to be their extreme discomfort. My fault for not knowing enough. So, after releasing each to its own haunt, all should have been well, right?

NO! Emotions churned within me for the next 36 hours…guilt, remorse, grief, helplessness, horror. Completely drained of strength, by 6 a.m. I was in a fetal position in bed, withdrawing completely from life around me. When I drifted into sleep, it only produced more nightmares of cruelty, torture, and inhumanity. Fortunately, in the recess of my mind I continually asked LMN and my spirit teachers and guides to help me through this learning.
Upon awakening, my guilt drug me from bed to put out a cat smorgasbord: bowls of cooked ground turkey, chicken gizzards, canned cat food and crunchies. I saw the colony of cats converge on their buffet, INCLUDING THE ONES I HAD TRAPPED. They were eating and not running away as I watched from the kitchen window. They knew I was there but came anyway!
With a tiny sigh of relief, I said to myself, “They don’t hate me!”


3rd THE REVELATION
Whoa, That was a clue to pursue:”What if someone hated me?....What would that lead to?” The answer was: DEATH.


4th THE UNDERSTANDING
So, the symbolisms of the trapping ordeal revealed to me deeply hidden horrors I did not know I harbored, including another way I had perished.


I myself, in coming to Earth, was entering a trap which would last for eternity. The Earth was full of those who would encroach on my paradise, trap me into living life their way, and make me dependent on them forever.There is life after ‘being trapped’ but it is on the terms of the one who has trapped you.

The hatred on planet earth kills.

5th THE RELEASE
LMN has taught us to breathe in a symbol that represents our new truth and then to breathe it out into our life, our home, our environment, our city, our state, our country, our oceans, our planet. My symbol became a bent spoon, meaning I could bend metal like Uri Geller and no trap (metal or otherwise) can hold me.


6th TEST the NEW TRUTH
My new truth: Hatred from others will not kill me. How do I know? When I think about this same experience in retrospect, all of the feelings I had about ‘doing wrong to the cats’ are gone. There is, instead, a feeling that  I can do my part to keep the cat population from taking over my neighborhood and it’s OK. My distress is gone.

REVIEW OF THIS PROCESS:
AFTERWARDS--- the TRUE ILLUMINATION

This Experience was by far one of the most difficult I have lived through. The roller coaster world of emotional ups and downs created by the power of these revelations had me wondering how much more of this I could go through. IT SEEMED NEVER-ENDING and I didn’t want it to be. Whoa….There was #1….THE COMMAND: Bring an end to the jolting/draining roller-coaster type awakenings.

#2….THE EXPERIENCE
I woke up for the next two morning with the words ‘damsel-in-distress’. That was all. Over and over again. What did it mean? What’s the context?

#3….THE REVELATION
I thought I had already divested fairy tales of their influence over me, but I had overlooked a bigger picture.

In other words, DAMSELS WERE ALWAYS IN DISTRESS, and the only way out was from rescue by a man or by magic.

So a much larger story for me than the one the cats was revealed. How many paradigms of DISTRESS could I uncover? Maybe unlimited, as there was no other way for me to be but DISTRESSED.

#4…THE UNDERSTANDING
Very large morphogenic fields on planet earth held this DAMSEL IN DISTRESS theme.  The majority of women genders were locked into them…a sinister force hidden in the seemingly innocence of fairy tales. I was living never-ending paradigm releases and limitation releases because my life was tied into the idea that I must always be in distress!!! NOT STRESS. That is different than DISTRESS. One is tension; the other is helplessness.

#5…THE RELEASE
The ah-ha of this one was enough to create the release, but I have shared this with others who could see their life affected the same way, and with each sharing, there is a ceremony done and a vision enforced of freeing all on planet earth from this thread that weaves its prickly presence into female lives.

#6…THE TEST
For 4 days now, I have noticed the decided absence of the ‘prickly presence’ of unlimited distress, as though it were a strand of scratchy wool that has been removed from the weaving called My Life, and the rest of the strands are pleasant to the touch. I have witnessed myself in social and  private situations, and the new freedom present in each was obvious to me. The ‘I can’t do this’ is gone. The tiny bit of ‘prepare for failure’ that the distress syndrome carried with it is MISSING.

But PLEASE don’t try to find it for me. I don’t want it back.
ETERNITY REVIEW