Coherence is the ability of a person to respond flexibly as a whole to the stimuli of his environment, and at the same time to follow powerfully the meaning of his own existence. It is a combination of being flexible enough to face all the different challenges in a day and still remain focused on our purpose. Our purpose is what gives us the power to go through life and which will bring us where we finally actually belong.

Coherence is the measure of inner consistency and balance. We are strong internally (we have a structure), but we are also open to the world. It is like Healy World: it needs structure to be a viable business creating Healys and having them available, but it also needs those who love the social communication aspect.  (Introvert and extrovert.)

Coherence corresponds to a strong sense of purpose and the power that arises from it to be able to create an inner and outer order. Important aspect. Wherever consciousness is active in a true sense we create coherence….we create an outer order that corresponds with the inner order. This is the most powerful thing we can have.

The outer order which we create by our activity, by our impact in the world corresponds to our inner order. The power of consciousness is the power of coherence.

The interplay of a part of an organism, the harmonious relationship between the organism , the mind, and the soul and of the individual to the community are called coherence.

Coherence means that all the parts of the organs in my body act as if they are one.
All the cells within my liver act as if they are one. This makes a strong liver. The purpose of the liver with the kidney and the spleen and the heart is to have strong body.
The purpose of the body with the mind and the soul is to be a strong being. We are not a strong being as an individual just for our self.
If we would just be for ourself, we would be nothing. We are for ourself and for the others. We are part of community.
That is coherence.

How do you figure out if you have coherence in your body, mind, soul?

The naked Healy coil (shown in photo) has 2 sides:  a spiral coil on one side which creates a magnetic field and a second coil on the other side in the opposite direction (like experiments Nicola Tesla did). Put together the magnetic field becomes almost zero, but still the quantum potential is there l influencing the qualities of the electrons and other particles (ions, atoms) within the sphere from the inside.

(See reference to the information below on what influenced Marcus to create the Healy Coil.)

The coil itself plugs into the Healy. There is no need to adjust the intensity level as you would do when using the micro-current wristbands, as the coil does not depend on intensity.

The coil has a 12 cm vector field (or projection) from both sides of the Healy. A Healy with an attached coil is best worn close to the body. Through the coil the frequencies created by the frequency generator of the Healy are analyzed from the information field so the physical noise generator which we call the quantum sensor in the Healy interacts with the bioenergetic field of the body.

EXAMPLE:
IMAGINE A big airplane with thousands of tons of weight moving through the air. It has to start, accelerate, change direction, land. How does it do that? Because a small pilot is sitting inside with just a few kg of weight and with very little force, almost no force, can steer it and thereby direct the airplane.

In a similar way, this quantum field, which has zero strength of magnetic field, can steer the particles from inside. 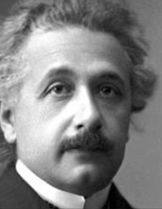 WHAT FUELED SCHMIEKE'S PASSION
​TO DEVELOP THE HEALY COIL
​
Albert Einstein was Marcus' inspiration because he started a revolution in science and technology. He saw things differently and had a great vision, leading to the development in 1905 of quantum physics.

This is a very mystical understanding of reality, but Einstein said it could not be true. He was almost so desperate to solve this paradox of quantum physics that he said if it was not solved, he would regret ever having begun studying physics instead of becoming a cobbler.

It is interesting that Marcus, whose own father was a cobbler, was inspired to become a part of solving this issue. 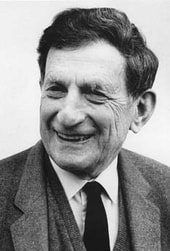 David Bohm, Assistant professor at Princeton after Einstein attendance, and whom Einstein considered as his spiritual son, took over solving the problem of quantum physics, and Marcus says he succeeded, publishing a paper in 1952 explaining a new version of quantum physics.

Quoting names of other contributing theoretical physicists, Marcus explains their realization that particles are only there if you measure them; otherwise there is only a wave of probabilities. Contradictory and paradoxical.

David Bohm solved THIS PARADOX by coming out with a mathematically consistent version of quantum physics: where there is a particle, like an electron that exists physically, simultaneously in the background there is a wave which guides the particle on its way through what he called pilot waves.

The simple idea: in the background is a wave function which is an implicit reality you can’t measure but it contains all the information to guide the way of the particles through reality.

With a colleague, Bohm developed a simple experiment to prove this is true.

THIS INSPIRED MARCUS to develop the coil.

THE DOUBLE SLIT EXPERIMENT IN PHYSICS

An electron gun shoots electrons at a wall that has 2 slits through which the electrons can pass, and from there the electrons are propagating to meet at the screen where they then create an interference pattern proving the electron also behaves like a wave.

If 2 waves interfere with each other they create an orderly pattern. This has been known for a long time in physics.

A magnetic field CAN act in areas where it is zero. It can create a quantum potential. It is a background field of reality, having no strength or energy itself. By being pure information, active information can influence the matter which moves the magnetic field. 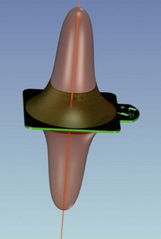 Marcus asked the engineer of the Healy coil to calculate the shape of its quantum potential or its vector potential. It is around 12 cm going from both directions of the coil into space.

Imagine having a coil which allows pure transmissions, unaffected by traveling through wires, transmitting the Coherence program anywhere you intuitively feel your system is asking for it!

Marcus, during experimental stages, is wearing the Healy coil clipped on his shirt collar with the intention of developing inner coherence of brain with heart connecting compassion with his talents and the power of his brain to make the biggest difference in the world that he can make. The writer of this website perceives this as being the creation of Ascension Consciousness.

It is said the quantum potential of the field will affect the whole, wherever you place it.

Of course, this does not mean you will not use your Healy with the electrodes, but the ability to use the Healy all day long without having to restart it using a smart phone is a huge benefit of the coil

For more on the Healy, visit Healy University.

Where to Get a Healy/Coil
Healy University
Required Disclaimer for USA:  Healy is a microcurrent medical device that has been cleared by the U.S. Food and Drug Administration for relief of acute, chronic, and arthritis pain and muscle soreness due to overexertion. Healy also has non-medical applications that use individualized frequencies to help balance your mind and body and relieve stress. Always use your Healy in accordance with its Instructions for Use.

The comments on this website about Healy Coil are the opinion of this website, and have not been validated by the US FDA.