The WHITE FIRE and HOW TO USE IT 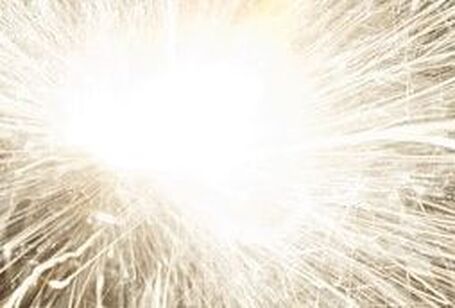 NOTE: White Fire is not usable by all people. It is too powerful for some.

White Fire is not the same as what is called "White Light", a term used by many but understood by only the few. (Confuse the multitudes and you remove their power. Permit falseness to feel like truth, and give instructions that only resemble the truth and you control the masses.)

White Fire contains all possibilities and all realities. It is often used following the use of the transmuting Violet Fire. While the Violet Fire "removes", the White Fire "fills".

In Nature, when a weed is removed, the empty place is eventually filled in with 'something'....dirt, leaves, another plant, trash, etc, unless the person pulling the weed consciously chooses what to fill the hole with.

In the human self it is similar. When a thought/feeling is transmuted, there is new freedom/new choice. White Fire is used to help create that choice. Its high vibrational frequency helps attract higher consciousness thoughts and feelings, rather than just allow a different programmed or limited thought/feeling to enter.

White Fire is also a powerful energy to imagine filling the self with, calling it aloud to your being, "White Fire fill me now." It creates a fertile high energy space for new thoughts forms to take root, so after you have imagined it and called it into your being three times, then follow up with your decrees for what you are seeking.

Example:
When I am driving, I will visualize and say, "White Fire fills me now (3x), extending 10,000 feet in all directions (3x) preparing and ensuring my safe arrival and return (3x)." I command, feel, and know that its high vibrational frequency will surround my vehicle and keep accidents from occurring. Many is the time I have witnessed others who are driving and miscalculate their distance from me 'bounce' off the energy field around my car, unable to knick or dent or touch it.
For MORE BRAIN GOLD Click Here