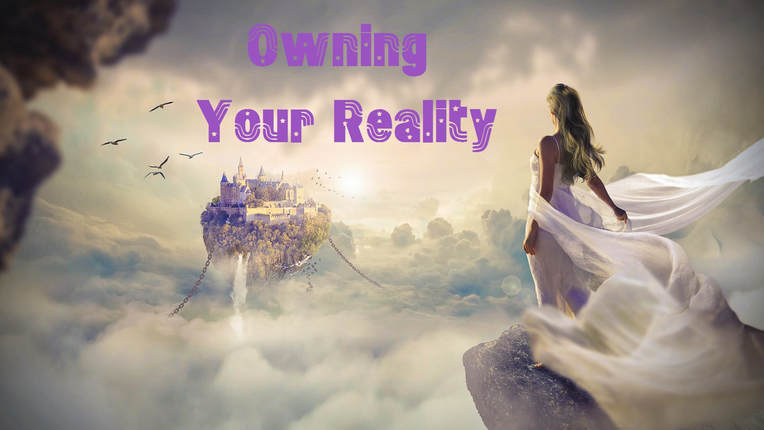 Pearl 22
Yesterday limits me only if I choose for it to.

SCROLL TO THE BOTTOM OF THE PAGE TO ACCESS PEARLS 23-26
You will get the most out of this lesson if you do the decrees given in it, morning and night.
(Reminder: decrees are said 3x each)
5th Grand Secret of Spiritual Mysteries: Owning Your Reality, Lesson 1, Pearl 22 (best listened to with headphones)
All recordings are live; this one includes commentaries from students present during the session.

Owning Your Reality is almost a conundrum title, is it not? For how can you own that which is illusory? How can you own that which does not exist? For one might say that your reality does not exist, that your reality is a movie. Your reality is a story within the inner world of your being that you, the projector of life, emanate so you might experience the thought forms and the feelings that you have had in other existences and other realities; one might say other stories and other projections.

In the concept of reality, you on your planet have been taught and convinced that what you live is solid and real, and this dimension is all there is. Some of you know and understand you are a vessel. You are a vehicle that is holding your consciousness. You use this vehicle called your human body to move through what is called this third dimension or this reality that you perceive yourselves to be living in.

You as Playwright, Director, and Producer-in-the-Making

Many of you come to planet Earth, most of you, but we are going to say many, with your stories pre-produced. They are written already. You have practiced. You know who you are going to meet, and when you meet them an energy comes over you: “I feel like we have known each other before. I think I have known you all of my life.” You have instant friends or instant enemies, because there is a remembrance of The Play and other plays as well, for they bleed into this reality.

Before you took on this journey that you are living of your life, you practiced. You were looking for certain colors, or certain people, or certain events. For instance, the one through whom I speak did not like a particular color: a tomato-red/orange color. She truly could not abide it because she learned that reaction from her mother. She grew up in a house where that was the color of the kitchen countertops, and her mother always railed about the color of the countertops so she grew up disliking that color. However, that color was a major monumental message for her in a certain part of her future. When a door was put into a garage at a lake house she and her husband owned, the door was that color. When she saw the door, the good fortune was she did not let the old influence from childhood turn her away from remembering the importance in her life of the door color, for if she had she would have missed its message. The memory banks went off, and she knew in that moment seeing the door was one of the practiced parts of the play. “When I see that (tomato red/orange) door, I know my life will change for the better forever." In that moment she let in that truth and began to live it year after year. That is just a tiny example.

Every one of you here present, and all of you who will hear (read) these words have graduated from a particular school before you came to this planet Earth. You graduated from The School of Detectives. You are personal detectives. You each have within you the capacity, the ability, and the skills, to ferret out of your life why you have met whom you met, why you are living what you are living, why you are doing what you are doing. You are not locked into anything.

Let us start with a day. Let us imagine today, this day, that was your day. Each day is new opportunity. We are not going to reiterate all of the things that you read on Facebook, or all of the things that you will read as proverbs or your uplifting decrees and so forth, but we are going to say that your day is opportunity. It is opportunity to recognize for yourself what realities you may have created before that moment (the beginning of your day) and what realities you will be lending your energies towards creating in future moments.

To be more specific, when you awaken each day you have the opportunity to remember where you have been during the night, or during the time that you slept. You have the opportunity to bring forth into this play-experience emotions, thoughts, feelings, ideas, people, activities, interactions that came from the training you were receiving while you were out of physical form while you were sleeping, while the body was restoring itself. You, the conscious mind, of course were not lying in the body on the bed; you were off having an adventure of some sort. You might have been sleepwalking, one might say, through different dimensions, as you astral traveled. You might have gone into school and be learning and bringing forth information. You might have gone into the lives of others and taught or sat in temples and learned. The options are almost unlimited of what you might have been doing while your body was asleep.

When you return, each morning is a new life. Each morning is a new beginning. You are not limited by what you did the day before unless you choose to be. We wish to explain this in depth. It is very easy to say that someone did something to you, or it is someone else's fault/ because you did ‘this’ yesterday you must take care of ‘that’ today. We are not talking about the sequentiality in the lives that you are living: last night I soaked a starter for sourdough bread and today I had to cook it. That is not what we refer to.  We refer to your mindset; your feelings.

Or, let us say that you went to bed in sorrow. Let us say that you went to bed bemoaning your life and what was happening, that you couldn’t get a fix on things, that others were letting you down, and that somehow what was happening for you in life just wasn’t flowing the way it ought to, and you went to bed in turmoil. Then when you awaken in the morning, or whenever you awaken, you have the opportunity to be something new and different. You can carry the woe-is-me with you, or you can bring forth wherever you might have been during the time you slept. In that sense, you can change your reality. It is all part of the play.

It is all a part of the play. In every play that is written there is always the part for the main character. There is always the main character, YOU, who can wake up at any moment and remember who you are, why you are here, and all that you have been. That does not come, Beloveds, until your mind and your emotions can handle it. You cannot perceive the memories of all that you have done that harmed and hurt others or that caused you pain because you made decisions you were not proud of, pleased of, or you were living through some “karmic payback” which is really just cause and effect. That does not come to you until you are strong enough mentally and emotionally to deal with it for it would serve no purpose.

The universe is wise in its love for you. You have a subconscious that blocks that which you do not wish to know. You have an emotional body that is invisible that can hide upon it emotions that would otherwise traumatize you. There are more 'guardings' than just that, but you have freedom of Owning Your Reality.

Let us talk about the difference between “owning” and “disowning”. If you think of a child displeasing you, and you are going to disown that child, what feelings would you be having within yourself? Most likely it would be anger. You would feel betrayed or hurt, or you might think you are teaching him or her a lesson, so there would be ego and haughtiness. We are not talking about “disowning realities” because if you disown them, that means you are angry with yourself. You are haughty against yourself.

We will end this evening’s first lesson with decrees for you to use until we meet again, assisting you with that which we have discussed and setting you on the path, as it were, that you have already trod upon, of Personal Mastery. 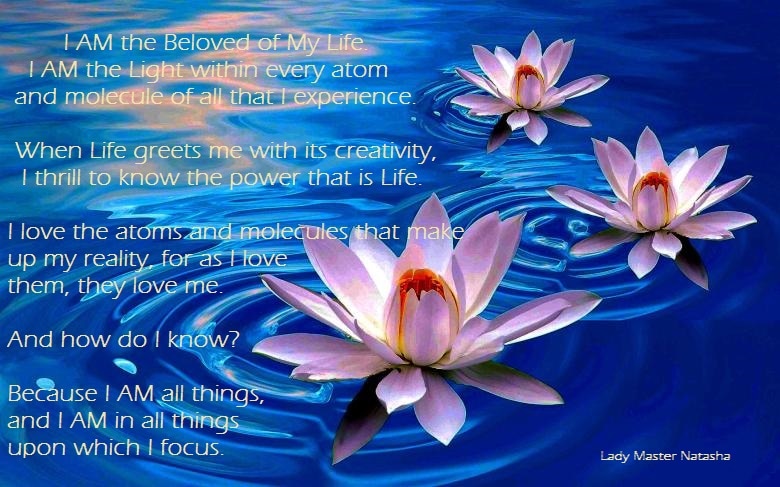 Sharings One Week Later from Students who Attended the Lesson

I always have major realizations about limitations within myself after a new Pearl Lesson. This time, I was watching a squirrel on the fence by the bird feeder. He couldn't get to the seeds in the feeder because my husband had just put an inverted cone on the feeder pole, preventing squirrel access. That caused me to notice the other feeder was empty. I said I was going to fill it with sunflower seeds since the birds that want only those seeds throw the rest of the seeds out with their beak. My husband said he had seen the squirrel lift that feeder off its hook and tump it to spill the seeds on the ground. It was supposed to be squirrel proof. (It had metal loops where birds sit to feed but a squirrel's weight on those loops pulls a cylinder over the seed openings, closing it.) To stop the squirrel from lifting the feeder off the hook, my clever hubbie put a piece of rubber tubing on the hook. However, it did more than prevent the squirrel. I couldn't get the feeder or the rubber off the hook either! Filling that feeder for the birds was one of my favorite things to do each day, and when I couldn't, I got very angry about it. The feeling/thought form that flashed through me was  'It's just another thing on the property I CAN’T DO MYSELF." Wondering at my anger, I was instantly transported back in age to being a small child who was frustrated because she couldn't open something she'd seen adults do. She imprinted the idea "I'm not good enough...am weak...must turn to adults for help...they are strong....it is easy for them and hard for me...." The challenge of independence and feeling able to achieve it became a major issue for me throughout my life, and I realized the child within was still living the frustration of "not able to do it myself." 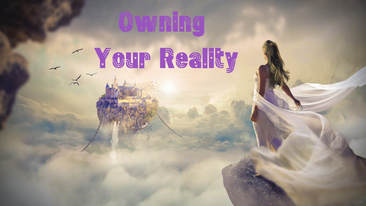 The 5th Grand Secret reveals 4 more Pearls of Wisdom. Memorize the Pearls and use them as daily mantras or decrees. Use them as meditation intentions.